How Do I Vote for the First Time in the United States? 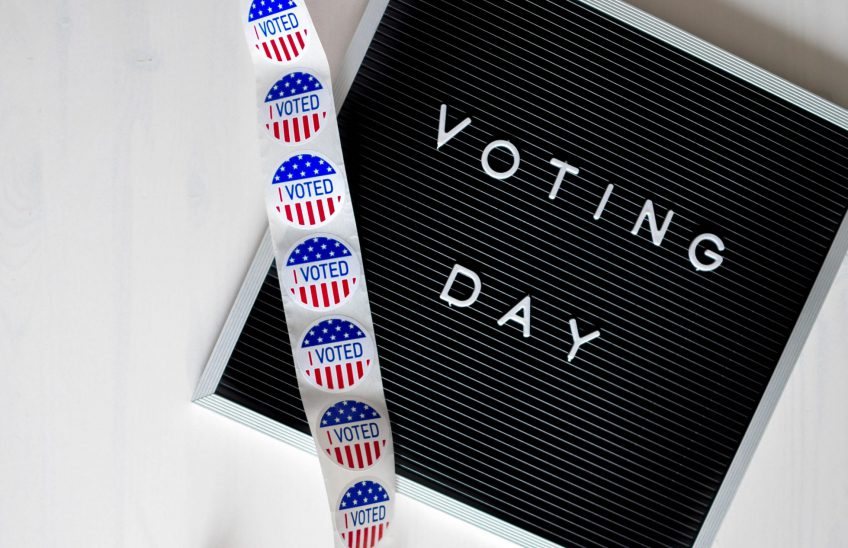 DISCLAIMER: Besides the links pertaining to our own products and services, Golden Beacon USA does not endorse nor is it affiliated with the companies, organizations or agencies and/or their products or services whose links are included in this post. In addition, we cannot control or guarantee the accuracy or completeness of the information contained in these links. Golden Beacon USA does not earn commissions from any of these entities.

In the United States, the government gets its power to govern from the people. American citizens influence the government and its policies, so it’s vital that U.S. residents learn about critical public issues and get involved in their communities. U.S. citizens vote in free elections to choose essential government officials, such as the president, vice president, senators, and representatives. Our government and laws are organized so that citizens from different backgrounds and different beliefs all have the same rights. No one can be punished or harmed for having an opinion or belief that is different from that of other people. And no one can be denied the right to vote based on their sex, race, ethnicity, or religious background.

Why is It Important to Vote?

Your vote can decide who becomes the next leader of the United States. It may seem like small numbers of votes won’t make a difference when elections can be won by a candidate with votes in the millions. Still, we only have to look at the most recent elections to realize just how different things would be if more people had voted for an alternative candidate.

In 2000, Democratic Presidential nominee Al Gore narrowly lost the Electoral College vote to the Republican Presidential nominee George W. Bush. The winner of this election was determined by a recount in Florida, where Bush had won the popular vote by such a small margin that it triggered an automatic recount and a Supreme Court case (Bush v. Gore). It was decided that Bush won Florida by 0.009 percent of the votes cast in the state, or 537 votes. Had 600 more voters gone to the polls in Florida that November, there may have been an entirely different president.

Voting is a fundamental process in a democratic system. It is a chance for a country’s citizens to have a say in the people who represent them or an issue that impacts them. Informed voting and participation in elections is one of the responsibilities of citizens of the United States.

How Do I Register to Vote?

In the United States, the voting process is relatively simple. First, an eligible citizen who is 18 years or older registers to vote in their state, studies the candidates and issues, locates their local polling station, and then casts their ballot on Election Day, which is always the first Tuesday after November 1st.

To register to vote, visit vote.gov. Depending on your state’s voter registration rules, the site can help you: 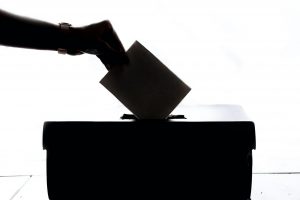 What Do I Do at a Polling Station?

Remember, you can’t vote online and you can only vote once. To vote, you’ll either have to request a postal ballot (also known as an ‘absentee ballot’) or vote in person at a polling station. To find your polling place and its hours, contact your state or territorial election office. You can also check the Can I Vote website. Your polling place is based on your address. Only go to the one you’ve been assigned. Your name will not be on the roster at any other location.

Two-thirds of states expect you to provide identification in order to vote at the polls. Your state’s laws determine whether you will need to show an I.D., and if so, what kind.

Once in the polling stations, follow instructions on which voting booth to use and read the ballot carefully so you don’t vote for the wrong candidate! You can bring in notes to help you vote, but some polling stations will require your cell phone to be turned off.

When is the Next Election?

Federal elections take place every 4 years and the next federal election will take place on Tuesday, November 3, 2020. In this election, Americans decide on the president and vice-president, one third of the Senate, and all of the House of Representatives. State and local elections will also be on the ballot in many areas.

Who Should I Vote For?

That’s entirely up to you! Make sure you research the candidates and decide which ones best reflect your opinion on the issues you care about. Beware of voter intimidation, or when someone tries to influence your vote or prevent you from voting by creating a hostile environment verbally or physically. This is illegal and you should report it if you see it or it happens to you.

Voter intimidation encompasses a wide range of behaviors, such as questioning you about your criminal background or U.S. citizenship. Someone who spreads lies about voter requirements in order to deter people from voting is also considered voter intimidation. For example, you are not required to read, write, and speak English in order to vote in an American election and you have the right to a ballot in your native language.

If you have recently become a U.S. citizen, take advantage of your right to vote and influence the future of America. Let your voice be heard on November 3rd!

Are you looking for guidance when it comes to learning about life in America? Golden Beacon USA’s Resource Referrals and e-learning videos on American culture and resources are here to help make your transition as easy as possible! Contact us today at laura@goldenbeaconusa.com or call or text (866) 403-7173. Remember, you are not alone!

How to Prepare and Study for Your U.S. Citizenship Test

Why is America Called the Melting Pot?
Comments are closed.