What Has Happened to America?

Since the 2016 election, America has been under an eternal cloud of darkness. Every day is yet another story about hate, racism, unfair advantages, denial of the rights of the most vulnerable –  it’s enough to make life seem hopeless and depressing. I am grateful that my three-year-old daughter and newborn son are too young to understand what is happening and I’m relieved that I don’t have to explain it to them.

In ten years, however, when this time period comes up in their history classes, there will be a need for explanation. How will this taxing moment in time be characterized in textbooks? As a time when all of America’s hateful underbelly came to the surface? When vulnerable people seeking a better life were no longer seen as people but as terrorists? When our democratic processes were threatened? Or will they gloss over all of it and paint the Trump administration’s policies as necessary and warranted to combat the supposed war on America being forged by non-whites? Regardless of the description, history will certainly teach my children one thing: that this was a time when displaying hate became socially acceptable again.

Though hate has existed since the beginning of time, today’s climate harkens back to the same forms of discrimination faced by African Americans in the 1950s and 1960s. The fear of ‘the other’ that led to the creation of separate but equal facilities. The disgusting use of racial slurs. Although we no longer have separate but equal facilities, this principle still exists in the hearts and minds of so many. If you’re a white refugee/asylee/immigrant, the American Dream is yours. If you’re not white and you come to the United States seeking protection, refuge, and a better life, you have many more hurdles to overcome to achieve that same dream. Specifically, others’ fear of encroachment on their country, which fueled the ban of immigrants from Muslim countries and separated children from their parents at our country’s southern border in 2018. These inhumane policies are supported by the population who had enough clout to vote Trump into office. And they continue to be OK with their president relaying their hate this way.

In 2015 when I created Golden Beacon USA, an organization aimed at helping immigrants assimilate into the United States, the country appeared to be on a more positive path. Immigration was treated as a humanitarian effort helping those most in need. Immigrants enjoyed more opportunities to stay in our country with policies such as the Deferred Action for Childhood Arrivals. Central American immigrants did not have to worry about losing their temporary protected status and being deported back to their home countries. The American Dream was more within reach.

Now, with the election of Donald Trump, our country and culture has experienced a complete turnaround: people are now free to be blatantly hateful and proud of that behavior, as if the uncool kids at school have overthrown the popular kids and climbed to the top of the social ladder. Branding yourself as a white supremacist is no longer frowned upon. The leader of the free world espouses hate without suffering any consequences, so why can’t the average Joe or Josie do the same?

All of this hate has spurred even more hatred. According to the Southern Poverty Law Center, 2018 was the peak year for the number of hate groups in the United States. Extremism propelled the seven percent increase in hate groups between 2017 and 2018.1 This is not surprising as we are surrounded by stories of hate every day.

But how does the rest of the world, and more importantly, the people who want to immigrate here, see us? Are we known as the United Hate of America? My thoughts about our reputation were confirmed when a foreign vendor told me their company was very interested in helping me with Golden Beacon USA because she knows “what a hot topic immigration is right now in your country.” Upon hearing this, my heart sank and I felt embarrassed, not of something I had done, but of what our country has become.

America used to be a beacon of light guiding people to a better life. Now our immigration system and America in general has become a trainwreck that the world cannot stop gawking at. Through the actions of our president, who is supposed to represent the American people, the world now understands that in America, diversity is a value of the past and anyone attempting to attain the American Dream will be persecuted. Unlike the poem associated with the Statue of Liberty, America doesn’t want ‘your tired, your poor, your huddled masses yearning to breathe free’ – we have enough of those here whom we are currently trying to push out.

All is not lost. A glimmer of hope came to me as I was researching organizations that serve the immigrant and refugee populations. The anti-immigrant policies of the Trump administration seemed to have the opposite effect on the American population by rallying people to form organizations and campaigns, such as ‘Hate Has No Home Here’ to help immigrants and refugees in this difficult time. This exploding call to action shows the world that we have different ideas of what our country stands for. Hate is not one of them. 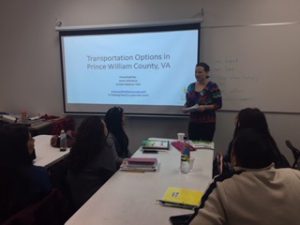 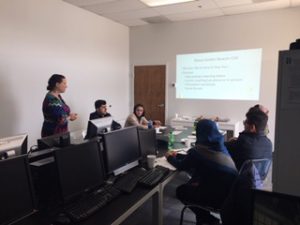 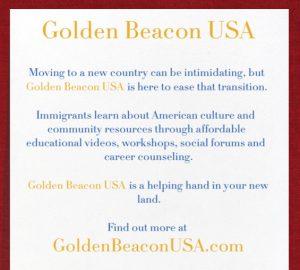 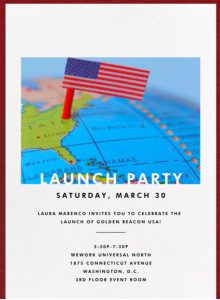