The 7 Best Cities in the U.S. for Immigrants

The United States is home to some of the world’s most famous cities. From the metropolis of New York to the bright lights of Las Vegas, there’s something for everyone across our 50 states. While every city has its unique charm, some places are friendlier towards immigrants than others.

When researching a relocation destination, make sure you know the rights you have there, what the community is like, and the local cost of living, or the amount of money needed to cover basic expenses such as housing, food, taxes, and healthcare. To help you out, we’ve compiled a list of the 7 best cities for immigrants to start living their American Dream. 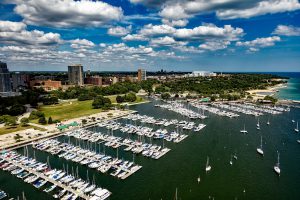 Milwaukee’s affordability is its biggest selling point. The average living costs are well below the national average, meaning you can save a significant amount of your salary as you climb up the earnings ladder.

Another plus for Milwaukee: it is one of the few cities in the U.S. with a municipal I.D. program for undocumented immigrants. This program gives all residents of Milwaukee photo identification, providing them with another form of proof of residency and access to city (not state) services regardless of immigration status.

Looking to live near a body of water? Check out Baltimore, another U.S. city that has become increasingly immigrant-friendly. At the beginning of her term in 2010, former Mayor Stephanie Rawlings-Blake set a goal of increasing the city’s population by 10,000 families over the next 10 years by opening the door to more immigrant families.

The city has also established rules that prohibit police and other government officials from asking residents about their immigration status.

This city is a must-have on our list. Although its cost of living is 62.6% higher than the national average, the Californian city boasts some of the most immigrant-friendly programs and initiatives.

As a traditional hub for immigrants, the locals are some of the friendliest in the nation when it comes to helping foreigners. In addition, the city hosts a dedicated Office of Civic Engagement and Immigrant Affairs where immigrants can receive assistance with legal, financial, and citizenship application matters. Like Milwaukee, it has a strong municipal I.D. program that provides discounts at local businesses and access to city services such as public libraries. In case of emergency, each resident’s I.D. card also lists his or her medical conditions, allergies, and emergency contact information. 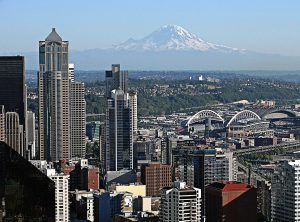 Seattle’s population has a high proportion of immigrants, with one-fifth of residents born outside of the U.S. One of Seattle’s biggest attractions for newcomers is its citywide Ready to Work program, which helps build basic job retention skills and get students into the city’s workforce quickly.

The program is so successful the Department of Labor described it as a “best practice model on how to leverage workforce funding to support immigrant integration in the labor force.”

New York may be one of the most expensive places to live in the U.S. and in the world, but its immigrant-friendly city programs make it a top attraction for newcomers.

The Big Apple offers a wide range of language access policies requiring state agencies that provide public services to offer interpretation and translation services for those with Limited English Proficiency (LEP). In addition, New York hosts the nation’s most extensive municipal I.D. program. This free program for residents ages 10 and up provides access to a wide variety of city services and programs plus benefits and discounts offered by businesses and cultural institutions across the five boroughs. It’s no surprise New York is often seen as the gateway to the U.S.

For the last decade, San Jose has rolled out several measures to assist immigrants who have settled in the area, whether legally or illegally.

In 2017, according to Mercury News, Santa Clara County supervisors agreed to invest about $1.5 million over two years toward legal aid for undocumented immigrants in danger of deportation by the then-incoming Trump administration. 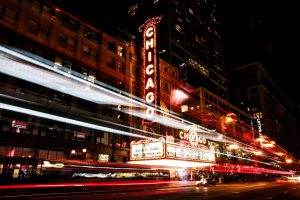 Want all the sanctuary policies of New York, but without the incredibly high cost of living? Then Chicago might be the place for you.

Are you looking for guidance when it comes to learning about life in America? Golden Beacon USA’s Resource Referrals and e-learning videos on American culture and resources are here to help make your transition as easy as possible! Contact me today at laura@goldenbeaconusa.com or call or text (866) 403-7173. Remember, you are not alone!